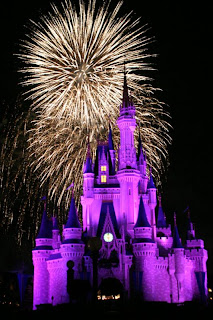 Disney is such a magical place. It's a place where children can relish in the things that make being a child so much fun and where adults can freely express their own inner child. My children are seven, five and two. My mother-in-law is a Disney Vacation Club member and we usually go every year. However, we were unable to go last year. For my oldest, it seemed like an eternity since we had been there and while my five year old had a vague recollection of our last trip; my two year old did not remember anything since he was an infant at that time. Over the holidays this year, my husband and I fell in love with this commercial where the parents are videotaping their kids while they ask them if they want to go to Disney in a few hours and the kids start jumping up and down, and running around the house yelling with excitement. That commercial inspired us to do the same thing to our three boys a couple of weeks ago.  I'm not sure who had more fun with the surprise, my husband and I or our kids. We went all the way through airport security and got to the gate and they still had no clue. They thought we were there to pick up a friend. They were so fascinated by the planes that it was somewhat difficult to get them to turn away and look at me so I could tell them why we were really at the airport. At first, they thought I was joking. Then, they were very matter of fact. My oldest said, "Well, if we are going to Disney I think we forgot some very important stuff." Like what? I asked. "Like my autograph book (A book that kids bring to the Disney parks and the characters sign)," he responded. It took a few minutes to really sink in, but when it did, they were jumping up and down and yelling with excitement. Seeing your children so full of joy is priceless. We had a great time and now, every time we get in the car, they ask if we are going to Disney. The weather was perfect, and after the rough winter months, it was just what we needed. However, it has been pretty depressing coming back to the cold and rain. I feel like an impatient toddler waiting for the summer weather to come. I was not built for the cold weather!
Disney Surprise Commercial

Relish (verb) - to take pleasure in

Recollection (noun)  - the act of recalling something from memory

Fascinate (verb) - to attract and hold attentively by a unique power

Autograph (noun) - a person's own signature

Depressing (adjective) - inducing a state of sadness or gloom

Fill in the Blank:

2. The students did not understand what they needed to do because the instructions were _________.

Grammar Point:
In this blog, I have used many expressions, like pick up a friend, matter of fact and had no clue. Can you find any others? Explain what these expressions mean and use them in a sentence.
Posted by ccorrigan at 8:51 AM

Get a Voki now!